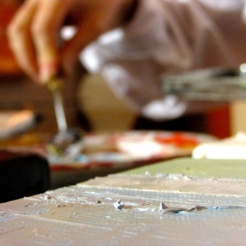 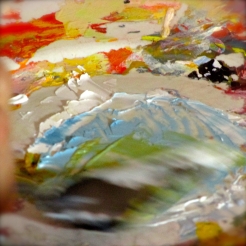 Lou’s SOHO SOLO SHOW exhibition Freeze Frame showed at The Farm Group HQ William Building, 8 Marshall St W1 for 6 months in 2017, and she showed there again in Sept 2018 for three months with her installation War and Peace & exhibition Shooting the Breeze. 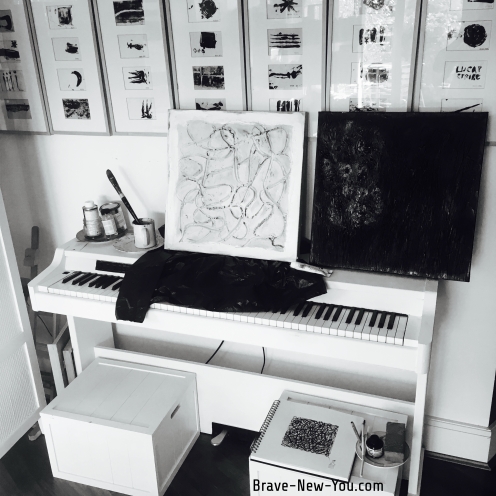 Lou regularly sells to collectors worldwide both privately & through the leading online gallery Saatchi art. Lou’s work has been commissioned for site-specific projects, won prizes and been exhibited in both group and one-woman shows.

She studied at Byam Shaw School of Art & did her MA at Chelsea College of Art, graduating from both with Distinction. Painting transformed into conceptual work followed by welding scrap steel and wielding an early video camera. The TV/film industry & photography seduced her while she raised her kids until she finally returned to painting.

Lou founded  Create Lab  to use creativity to make a useful difference. She is the creator of the book of drawings “Brave New Girl” 2017 and illustrated self-coaching book FEAR LESS in 2018, both published by Orion Spring. Life Member of the Chelsea Arts Club

Lou paints every day, has a clothing label Brave New You and still can be seen out and about making films.